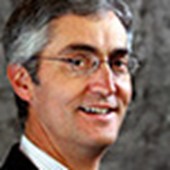 Pathology Laboratory, a Sonic Healthcare anatomic pathology practice is privileged to include Kim Mills, M.D., as a member of our medical staff. Dr. Mills brings a knowledge indicative of his decades of professional experience and his impressive academic background.

Dr. Mills graduated from North Dakota State University in Fargo with a Bachelor of Science degree in medical technology. He then received his medical degree from the University of North Dakota in Grands Forks, where he was the recipient of the United Hospital Family Practice Research Award and the Ishiyaku Book Award.

Since completing his postgraduate training, Dr. Mills has had a considerable professional career spanning more than three decades. He was a Staff Pathologist at both the Laboratory of Clinical Medicine in Sioux Falls and at Spectrum Health in Grand Rapids, Michigan, holding the latter position for 17 years. He was also Medical Director of the Butterworth Hospital Blood Bank for seven years. He continues to provide locum tenens services for hospitals across Minnesota and Michigan concurrently with his role at Aurora Diagnostics Pathology Laboratory, where he has served as a Staff Pathologist since 1990.

Dr. Mills is a Fellow of the American Society for Clinical Pathology and the College of American Pathologists, and he belongs to four other professional medical organizations, such as the American Society of Cytology. He holds full medical licensure in the states of Indiana, Michigan, Minnesota, and Ohio. He is board-certified in anatomic and clinical pathology and cytopathology by the American Board of Pathology. He is also certified in ThinPrep and SurePath interpretations.

Dr. Mills has authored and co-authored several abstracts and articles that have subsequently been published in peer-reviewed medical journals.